Physical Model
This is a way of dividing the physical equipment into a hierarchical structure as shown in the following diagram: 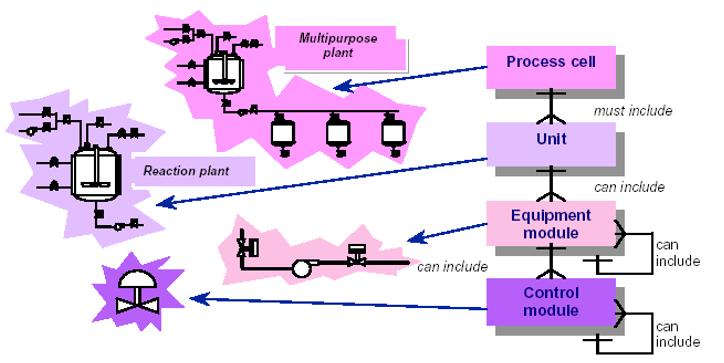 Process Cell
This represents the entire plant under consideration and contains all the equipment required to make a batch. Process cells consist of one or more units.

Unit
A unit is made up of equipment modules and control modules. A unit is an independent grouping of equipment usually centred around a major piece of processing equipment, such as a mixing tank or reactor.

Characteristics of a unit:

Characteristics of an equipment module:

Procedural Model
This is a way of defining the procedure used to make a product as shown in the following diagram: 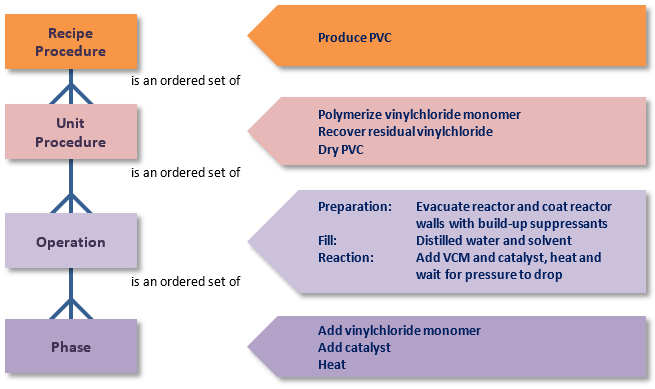 Unit Procedures generally correspond to the Units from the Physical Model.

Phases usually correspond to individual calls of Equipment Modules from the physical model. In each call, certain parameters are passed to the Equipment Module which instruct it how to operate.

Mescada Experience with ISA 88
Mescada have extensive experience implementing S88-compliant batch systems, particularly in the pharmaceuticals industry and the food and beverage industry. In fact, these industries are Mescada’s biggest clients.

Mescada can provide the following services: